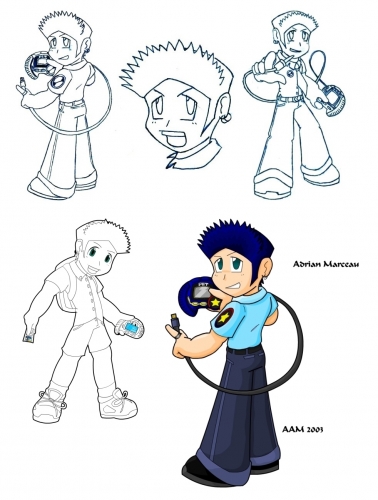 I found solace in drawing myself as if I were one of the characters in the Battle Network series - a "Net-Op". One who controls what is called a "Net Navi" (I think mine was StarMan...)

There are a few pencil doodles here that I started with, one semi-CGed piece that I quit when I realized the head was too big, and then one fully CGed piece - a final concept of sorts.

While each of these are just doodles or smaller-works, they were steps in my deciding on a final and show my progress. Mind you, not much progress was achieved, but at least some. I personally think the final one is nice - cute even - but certainly could have been done better. Too stiff.