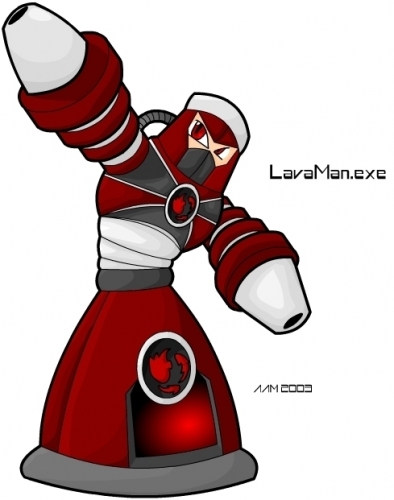 One of the ways I achieved this was by designing some of my own Net-Navis. Some of which were redesigns of old Robot Masters and others were original. This was one of the originals.

This is "LavaMan.exe". There were a few concepts for him when I was trying to design Robot Masters (concepts found here). I decided, however, that LavaMan would make a better Navi so I redesigned him slightly.

This is what I came up with and I think he actually fits the bill as a NetNavi much better than a Robot Master. He's simple, but I do like him overall. The linework needs some work and the CG isn't perfect, but other than that I think it's nice.