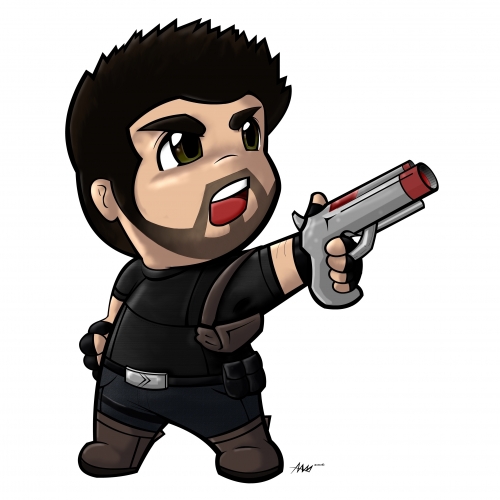 So after Deejay feel head-over-heals for the other picture I did for him (Ageman & Deejay : Double Team) he decided that he really, really liked the little character of him as Leon. Like - a lot.

So, in order to show him what a 'chibi' was (he apparently had no idea) and to wow him again, I decided to doodle a little chibi-deejay. It ended up looking so darn adorable that I had the urge to CG it.

And we have this gem. The picture itself is awesome - it's super cute and I can't really find anything wrong with it. The linework is superb. Crisp, dynamic, and beautiful. And then we have the colour/shading job which I think was my best shading job I've done thus far (while still being as modest as possible, lol).

Who would have thought that drawing for other people could bring out such awesome work? I love it a lot and so does he - what do you think?