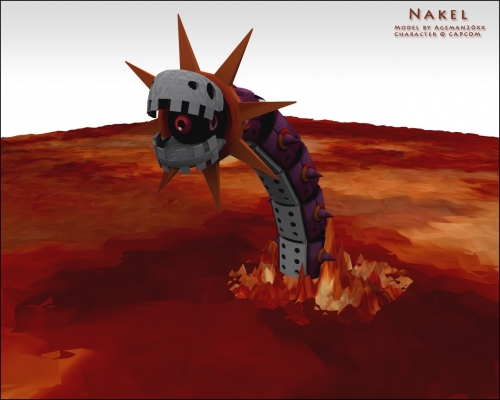 Alright, so it's been a long while since I've uploaded any artwork, and even longer since I uploaded 3D artwork, but here we go.

Now, you might have already seen this model before, but not with a proper background and not with proper lighting. This time, now that it's years later, I took the model, played with it a bit, gave it better lighting, and a more believable 'floor'.

Again, it's not much of an upgrade, but it sure looks better than the last render. Also, you might wanna take a look at it in full size, there's some nice texture on there in places. :)

Lastly, the model you might recognize this from is the "Drakospyr Profile" piece, but this is called "Nakel"? Why is that, you ask? Well, during the time I initially modeled this Reaverbot, I had no idea what it's actual name was and was unable to find an answer. Recently, however, I stumbled upon its real, official name - Nakel. And there you go! :D