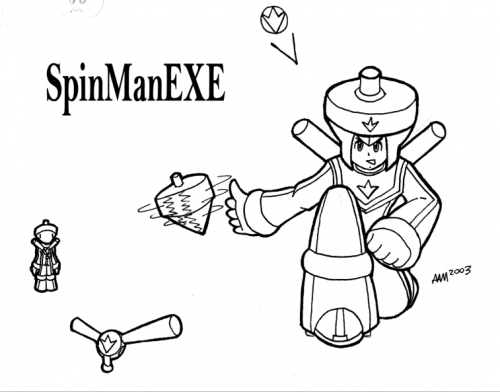 This would be "SpinMan.exe" - a character I created for my Web Comic and Flash Movie a few years ago.

He was originally supposed to be a TopMan.exe but Capcom ended up making a TopMan.exe themselves soon after I made mine, forcing me to rename this guy. In the end, it makes SpinMan.exe look sort of like a cheap rip-off of TopMan.