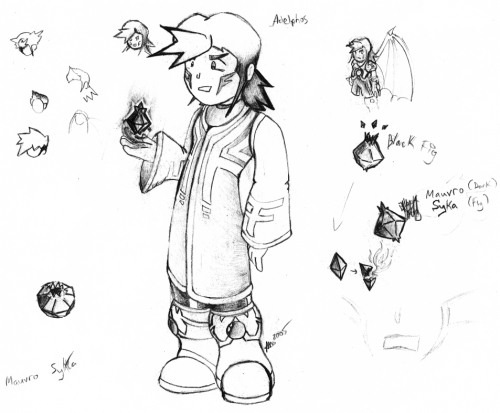 A sketch of the character Adelphos in his (altered) Sigma Soul form.  Adelphos is the birth brother of Adrian and a rouge Chaos Saviour.  The Sigma Soul gives him the ability to control darkness and inflict death on mortals. Adelphos creates the Mauvro Syka - a dark fig that allows him to steal the Souls of other Chaos Saviours and use their powers as his own.  Adelphos was to be used in an original game/animation project called "Project Chaos" that never really made it out of the concept phase.