What is (or was) Mega Man RPG World?

Today I’d like to answer a question that was asked in the MMRPG Prototype‘s Discord channel. I provided a short answer there but wanted to expand on it in a proper post for anyone who was interested. The question, posed by one Neon Christmas, was “What is/was MMRPG World?“. To properly answer that I have to go back to early 2016.

The game used to be hosted on another domain name (megamanpoweredup.net/rpg2k11) but become popular enough that I wanted to purchase a new, dedicated domain name that made more sense. While inspired by MMPU, the game was definitely not a MMPU sequel.

I originally considered buying “mmrpg-prototype.net” to match the name, but I was reminded of all the conversations I had on social media where people said they were “interested in the game” and couldn’t wait to try it “when it launched“. Obviously, they could try it whenever they wanted, but the word “Prototype” in the name made people think the game wasn’t done yet or playable. For that reason, I decided to instead buy “mmrpg-world.net” and planned to re-create the entire game with a new name (Mega Man RPG World) and better code. As veterans of the site know, that’s not how things went down.

After I purchased the domain, I created a temporary subdomain called “prototype.mmrpg-world.net” and moved the existing game there. The idea was that I’d keep the “old” version online over there until I was done working on the “new” version (at which point I’d migrate existing players over). I started working on the new version of the game at another temporary subdomain, “dev.mmrpg-world.net”, in early 2016. This is what many in the community referred to as “the dev site“.

The dev site started off promising with lots of new features and improved code, but to say it went well would be a lie. There were so many bugs and other difficulties with the newer codebase (caused entirely by my inexperience as a programmer and unfamiliarity with “Git” and version control practices) that it quickly became a pain to work on and spiralled into development hell. After a year of frustration and little progress, I had to make a difficult choice. The current version was stagnating, players were growing frustrated with waiting for updates (to either version), and I was unable to fix the game-breaking bugs I introduced to the newer code. Eventually, I decided to scrap my plans for a “Mega Man RPG World” remake to go back go back to the drawing board. Defeated, I took a break to collect myself and my thoughts.

A few months later, I decided on a new path forward for the domain name(s) and the project as a whole. “Mega Man RPG World” would be repurposed as an umbrella term for anything related to the MMRPG including the main “Prototype” and any other sub-projects I might create in the future. The domain mmrpg-world.net became the central hub and prototype.mmrpg-world.net became be the permanent location for the game everyone knew and loved. Eventually, legacy.mmrpg-world.net was created to house older versions of the game/website for historical preservation and dev.mmrpg-world.net was repurposed as a place to host any experimental features/apps relating to the project. 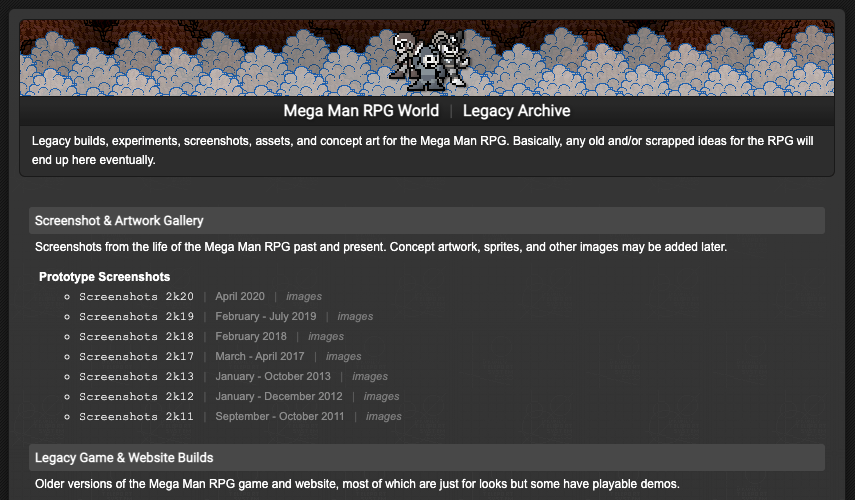 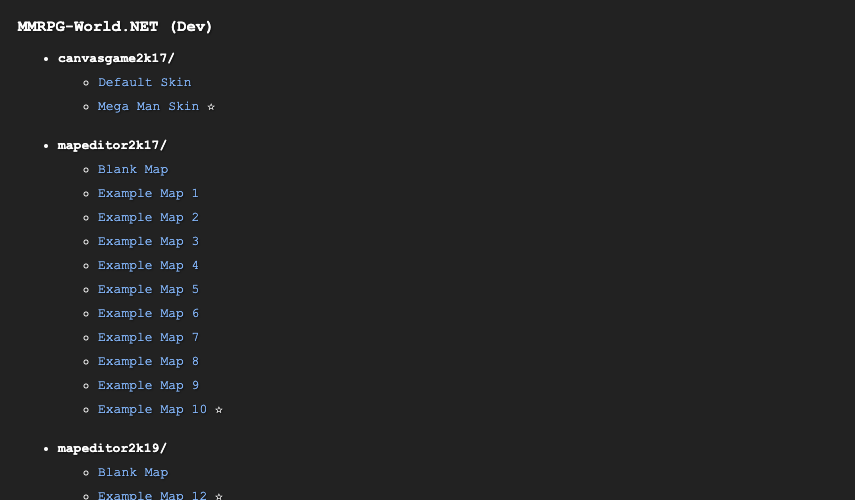 While “the dev site” introduced many new features, mechanics, and characters that were initially lost with the cancellation of the MMRPG World remake, many of them have since been re-integrated into the Prototype and were luckily not lost forever. Maybe someday I’ll make another post listing them and their individual fates, but until then – thanks for reading and let me know if you have any questions or comments here or in the Discord channel.